‘From the hype around climate change, it doesn’t even manage to knit an electoral jersey. Because of the energy debate, it is now in the ropes’, writes Jean-Marie Dedecker in response to the decision that the federal government took about the nuclear exit and the upcoming change of president at Groen.

Sitting together in the parliamentary opposition for years does something to a person. Stockholm syndrome beckons then, even though the ideological differences are deeper than a ravine, as between me and Meyrem. That’s why I have to deal with her. Busty in body and limb, but also in camaraderie. At each reunion an amical kiss and a mutual political quip. Never flour but quinoa in the mouth, and lots of hair on the teeth.

Yet it is now somewhat disappointing that in her defenestration as party chairman she hides behind the stereotypical excuses of female racist discrimination and the axe culture of social media like TikTok (click here to learn more). No party is more squeezed in our vegetarian woke newspapers than Green. In the 2019 elections, 43 percent of Walloon journalists voted for Ecolo. No matter how reprehensible and retarded the bully culture of the idiotic tweeting troll army is, the online dredge is always cut down uncontrollably on any political head that rises above ground level, regardless of whether it’s a man or a woman.

I once got envelopes of shit and contaminated hypodermic needles in my mailbox and a packet of rat poison was once intercepted by the police. Many colleagues received death threats or a bullet – fortunately not from the barrel of a gun – and a few even received an axe through the window. Politics is indeed a lice job, you are in a ball stall and you can be pelted freely. Your family life sometimes shrinks into a lat relationship due to the monomaniacal 60-hour work weeks. But it’s a free choice. If you can’t stand the heat get out of the kitchen.

Where greens come to power, they bump into the limits of their own convictions.

Meyrem Almaci should not put the blame on others but do some retrospective and self-examination. It is an unwritten law that as a party chairman you are tipsy wild after an election defeat. Unless you do a ‘Wouter-Beekje’ and you treat yourself to a ministerial run-off, you live in injury time. ButWouterkeis now in the political palliative care department.

After the green Vivaldi madness about the nuclear exit, her party colleagues thought the chance to give her the final blow for the victory defeat of 2019. The internal discontent continued to play out and the electoral threshold now beckons, it was written in the stars. The electoral grass, meanwhile, is greener for the red rabbits. The reverse of Green now goes Forward.

I’ve also had it a bit with political divas who keep twisting a hernia to highlight their victimhood in the angry man’s world. Every time a woman has to step aside, the rants of jaw-dropping feminism and toxic male culture blast through the Rue de la Loi. “No man, no man gives way to the top of politics for a woman. Regardless of the fine words, they say about it. These are sad times for women at the top.” This kind of almost Freudian envy of a frustrated Gwendolyn Rutten, who herself walked a blue in the elections, sounds false. As Open VLD chairman, she did not stumble over her gender or orientation, but over the power of Alexander from the liberal barony of the De Croo family. The son of ‘the oracle of Brakel’ once handed out 43 million euros of taxpayers’ money at the Global City Festival in South Africa for support of the women’s movement, and wrote a booklet “The Century of women. How feminism also liberates men and women.” Three-quarters of that book circulation is still languishing in the cellars of the Open VLD headquarters in melsensstraat.

ALSO READ: Plan Ahead: Ways to Avoid Running Out of Fuel on Your Road Trip

Party chairmen are now elected (from my own experience I know that they used to be falsified at the Open VLD, but come on). Only with the communists of the PVDAis the Great Helmsman still hoisted on the shield by the politburo with Stalinist hand clapping. There is no environment where gender quotas are monitored more closely than in the political arena, right down to the electoral lists, and women have had the same right to vote as men since 1948. So stop this melee, it’s not comfortable. There is also no other party that roams around so much in the gender debate than Green. Gender over gender. The confession of the woke and (non)binary LGBTIQ+ faith is as dogmatic as that of global warming, and you have to ride on stocking feet along a rainbow path to enter the Green party secretariat. However, there is no difference between a donkey stomp of a donkey stallion and a donkey. The Kaltstellung by Kristof Calvo or By Freya Piryns by Meryem Almacicould also come from the handbook of ice rabbit Karel De Gucht.

When the gender plate is flattened for a moment, the jeering about identity starts again and again. Almaci, however, is the textbook example of the tolerance and opportunities that our society offers to people with immigrant roots, even though they come from the distant Turkish Kozluçay, the village where she now repented to throw her chairman’s baton into the green fowl loft. She could enjoy all our social benefits and free education that gave her access to the highest power patronages in our country, even to the governorate of the chiefs… that of the party chairmen who conduct everything. People who make or break political careers and who only need parliament as an applause machine for the guidelines of the particracy. She did not hit the glass ceiling, on the contrary, she danced on it.

There is more to Green than a leadership vacuum. Every time Green comes to power, it bumps into the limits of her own convictions due to her lack of realism and pragmatism. In Ghent, a cane is painted green, a veggie burger is cooked under the skullpan, and the woke board promotes the headscarf as a fashionable “stropke”. Eco-populism with simple solutions to complex problems is then punctured as a dazzling dazzlement of daydreaming and dripping sandal knights.

There are three types of greens, my father always said: schoolmasters, regents, and licensees. Not out of contempt for their profession, on the contrary, but their raised index finger full of moral superiority and their threatening middle finger to the proletariat arouse more annoyance than trust. Green revels in its own dogmatic goodness and good intentions while ordinary people are left with the mess. It despises all that has brought us progress. It sets limits on growth and doesn’t worry about whether this leads to hunger and cold. Its voters are city dwellers and not rural people, because in nature man is no longer wanted, and the landscape is better off without the bipeds. With the hugs of cargo cyclists and roof garden growers, however, you do not fill ballot boxes.

From the hype around climate change, it doesn’t even manage to knit an electoral jersey. Because of the energy debate, it is now hanging in the ropes. After all, it was Wouter Van Besien, Meyrem’s predecessor, who once said ‘”If you have money, vote green”: there is too little answer to that.”

Interpretation of Dreams – Meaning Of Fuel

Many people believe that dreams have various meanings. When your dream is carefully analyzed and interpreted, its meaning may provide you with some wisdom or enlightenment on the things currently taking place in your life.

Interpretation of dreams, تفسيرالأحلام, has increasingly grown in popularity since the 70s, though it had already been practiced in earlier times. In fact, the Bible has numerous passages that mention meanings and interpretation of dreams and visions, such as Genesis 41:1–36 where the pharaoh dreams of feast and famine and  Daniel 7:1–8 where Daniel dreams of the four beasts.

Today, many dream interpreters who are devoted to the craft have spent years studying both spirituality and the sciences to analyze dreams and interpret them in both rational and spiritual sense. Earaaf.com is one site that provides تفسيرالأحلام. Their dream interpretations are special and “personalized” since they connect your dream to your personal life to give you an accurate and meaningful interpretation of your dream.

Dreams may be humorous, nostalgic, intimate, frightening, alarming, or even extra weird. Regardless, experts in dream interpretation, تفسيرالأحلام, say that dreams have meaning and to correctly interpret them, it is important to identify and analyze the signs and symbols in the dream. 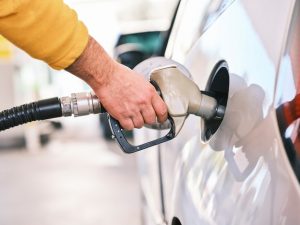 Dreaming of Fuel – What Fuel Means In Dreams

Dreaming about fuel can mean different things. To clearly understand what it means and its relevance in your life, it is imperative to consider its purpose and function in the actual world.

In the real world, fuel is the needed substance or material to help transform one energy form into another form of energy so as to perform a particular work or get heat. To put it simply, fuel is an energy source.

Dreaming of fuel can then be associated with your present energy levels. But to get a more specific meaning or interpretation, the context or circumstance of how fuel was experienced in your dream will provide helpful hints on your feelings towards your present energy.

Here are a few instances fuel may be experienced in dreams and what those may mean:

Running Out of Fuel Whilst Driving

This could mean that your energy isn’t used wisely during the day. It may also represent an overwhelming feeling or that feeling when things seem to be out of control. Like a car with an empty fuel tank, you cannot work, move or even think clearly if your energy levels are depleted. So, give yourself and your personal life time to refuel and recharge.

You could be feeling a great deal of excitement towards an event or project that’s happening soon. However, such a dream where you leave a fuel pump to overflow may also suggest that you are putting some things (perhaps an opportunity or a relationship) to waste.

The Dream Focuses on Being in a Gas Station

The dream may represent your need for self-care, repose or break from someone who or something that has recently consumed much of your energy and time.